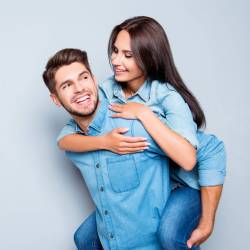 What is Preconception Genetic Examination?

The preconception examination is a set of genetic tests that are suitable for couples at the time of planning a pregnancy, i.e. before conceiving a child (conception). The aim of these tests is to reduce the risk of giving birth to a child with a severe genetic disease.

Is Preconception Genetic Examination suitable for a couple who has no relatives with a genetic disease?

Yes, this type of examination is especially designed for couples without known genetic burden in the family. The analyses aim to disclose those genetic predispositions that cause no symptoms in their carriers. A child, who inherits these “hidden” predispositions from both parents (or a son who inherits the mutation from mother in case of X-linked disease), will be severely affected.

Prime genetic examination for couples, who have a genetic disease with known molecular cause in the family, is a test that targets this disease. However, to disclose predispositions to other genetic disorders the carrier screening can also be performed and is fully recommended.

What kind of genetic tests does Preconception Genetic Examination include?

Main part of the preconception genetic examination is the “Carrier screening” test. The test examines whether an individual carries genetic predispositions (mutations) to the most common monogenic diseases, i.e. diseases caused by a mutation in a single gene. Examined genetic diseases include 1) autosomal recessive (AR) disorders, where the child‘s disability is caused by mutations in the same gene inherited from both parents (healthy carriers) and 2) X-linked diseases, where the affected son inherits from mother (a healthy carrier) the mutated gene on the X sex chromosome. To complete preconception examination, the chromosome complement (karyotype) may also be analyzed.